I feel like I haven't posted in about 400 years (hyperbole). I've been as stressed out about school stuff as a Georgia fan during the GA-Bama game in the 4th quarter with a minute and a half remaining (simile). As you can tell, curriculum is definitely on my brain and I am watching the Georgia game :)

I'm not sure about y'all, but I feel like there's been less time for the "fun" stuff this year as we've converted to Common Core. Don't get me wrong - I'm still teaching my heart out and we're having a good time learning, but good ol' fun? Not so much.

Wellllllll, I've got something fun for all of you! I'd like to introduce you to my cross-curricular Christmas activity!

We're studying the 1920s and 30s right now in my social studies class. So naturally, in reading, we're reading about this time period. I have a great series of books with loads of culturally relevant information from each decade (from the 20s up), and I came across an interesting article about the assembly line and Henry Ford. Wouldn't ya know that's in our social studies standards? Love it!

One of the common misconceptions our students have is that Henry Ford invented the automobile. Incorrectamundo, friends! My kids are always amazed to learn that he did not in fact invent it, and they are intrigued by the concept of an assembly line. It's not really something the kids have ever heard of in their short sweet lifespans.

So, it is interesting. Okie dokie. Not necessarily a super fun topic. UNTIL I remembered a fun treat my son made during an Advent festival at church several years ago.

Here, I present to you our Social Studies - Reading - Writing - Science Christmas snack! 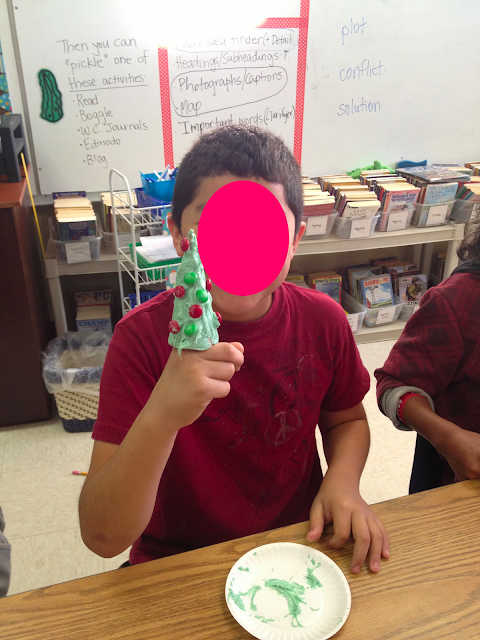 We have an Advent festival every year at our church, and I remembered my son making one of these several years ago. It's just a sugar cone, green icing, and candy to make it look like a Christmas tree. How fun!

I decided I wanted to do this with my students, and then a great idea hit me! We could do our own version of an assembly line! The students would be learning about how each worker on an assembly line had a specialized job, and that this was designed to make production faster.

Well, I thought that if the students actually participated in an assembly line, all of that knowledge would be more likely to stick with them.

The first thing I did was visit our local Bruster's Ice Cream shop. They are FABULOUS there and always try to do anything to help! The owner sold me enough sugar cones at just a little over the cost to her. That was SO much cheaper than going to purchase them at the store.

Next, I headed out to the store to purchase icing and M&Ms. I ended up buying vanilla icing and these little packets of flavoring for icing. The packets made the icing green AND gave it a mint chocolate flavor. YUMMO!

After I got home from the store, I continued to get even more excited about this project. I just knew the kids would have a blast.

BUT THEN I thought that I could even include a science standard in this classroom event!

The next day, I get into class and tell the kids we are going to have a blast learning about Henry Ford and his famous invention. I asked the kids to write down what they thought Henry Ford invented.

We then read the article about Mr. Ford and his amazing invention - the assembly line. The kids were shocked and intrigued at the same time! (I would share the article with you, but I cannot do that because it's copyrighted. Dang! But anything you could find in a textbook or online would work.)

After a few minutes of discussion, I told the students I wanted them to design an experiment to test the theory that the assembly line makes production faster. I showed them the ingredients for the edible Christmas tree and a finished product that I'd made that morning. I asked them to turn to their think-pair-share partners again and discuss how to design an experiment.

As a class, we set up a question: Does the assembly line make the production of goods faster? (See how we're using knowledge from the reading article, knowledge of social studies vocabulary, and knowledge of procedures from science? Gosh, I love this!)

Next, we made a hypothesis: The kids were pretty evenly divided. Half thought that, based on our "research," the assembly line would indeed make production faster. The others believed that the travel time from person to person would slow down the process, so they weren't convinced it would help. So interesting!

The first group to finish would be deemed the winners!

Note: we had two assembly lines going just because I needed everyone to be working :) 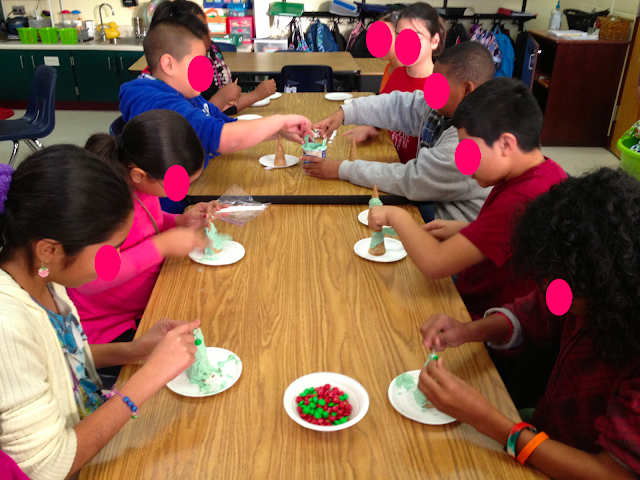 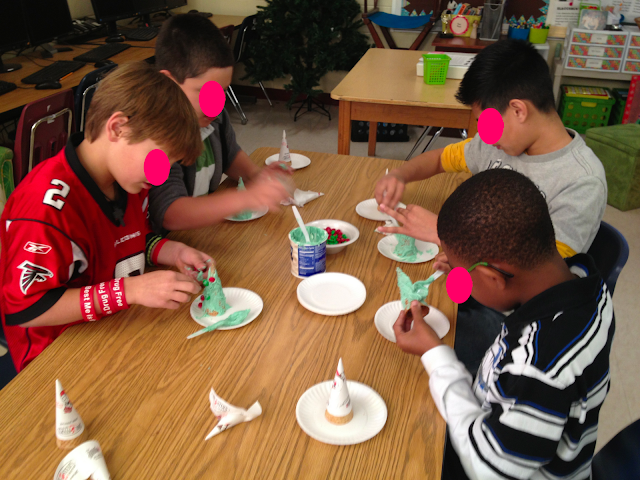 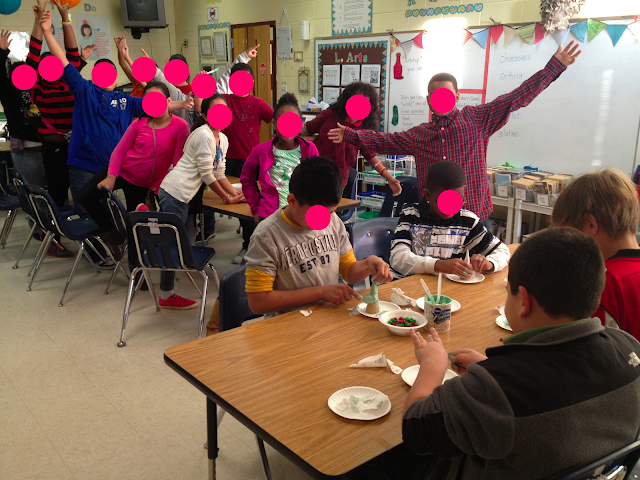 What do ya know? In both of my reading classes, the assembly line group won by a LANDSLIDE!

After it was over, students had to clean up. Dude, it was a little messy! As they cleaned, I asked them to analyze the results from their data and draw a conclusion. They all agreed that the assembly line was faster. You just couldn't deny the results here! Then I asked students to communicate their results by doing a write up about what they had learned.

After they wrote, the students were allowed to select a cone and eat! (All kiddos washed hands before this experiment. We had a cleanliness discussion - can't touch hair, nose, face, anything while working.)

What a fun day we had! And to make it even better, it included reading, writing, social studies, and science. You just can't beat it!

We probably could've even added in some math using the time it took, etc. However, all our minds were sufficiently blown at this point. But if you're a math teacher, it's definitely something you could use as well!

So what do you think? Would you be able to try something like this in your classroom? Share your thoughts below with a comment!
Posted by Dallas at 8:36 AM
Email ThisBlogThis!Share to TwitterShare to FacebookShare to Pinterest

Thank you for taking time to comment. We love feedback!